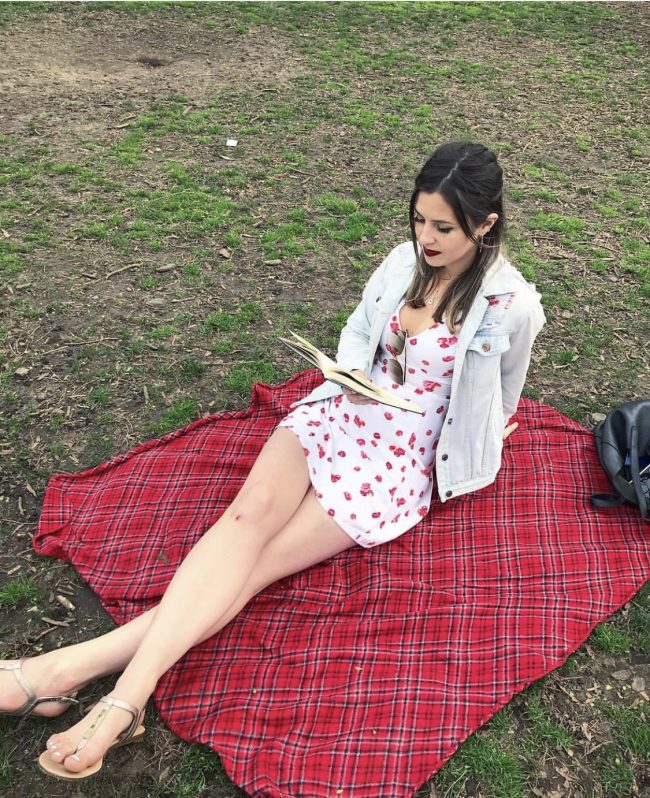 Hello, Ladies! Rachel here & you are hearing from your newest single team member. Yes, that’s right… for all of my fellow single ladies out there, I’m here to delve into the juicy (lol) details of my dating life. As we’ve all heard at least once before, DATING IN THE CITY SUCKS — and I’m here to investigate. Before writing more general articles, I wanted to first give you an update of what’s been going on in my life three months post-breakup. To that point, this post will enlighten you on my experiences of the different baes I’ve come across thus far, which I’ve so kindly filed under the general categories of the men we’re ALL bound to encounter in this lovely city. (& if you’re weird like me and associate songs with the people you’ve met, perhaps you’ll also appreciate my lil playlist dedicated to all my boys out there.)

Let’s start with the douchebag – your classic fratty, vest-wearing financier. Ah, Andrew*. Truth is, I had a crush on this guy in college. Sophomore year Rach, an expected guest at [mostly all] frat parties known to man, was always on the lookout for this “frat boy” type persona to spice up her otherwise mediocre life. Andrew embraced that sought out persona well, and he was tall and foreign – both pluses obviously in my book. While we always managed to lock eyes/mingle during our time in college, we never had the chance to get to know each other outside of these parties. Ha, maybe he just never “had the time” to take a gal he might like on a date? Anyway, fast-forward two years later to a rooftop party our mutual friend was having post-college. Andrew and I reconnected – although I wanted so badly to show more interest, I was in a relationship with my boyfriend of two years at the time. I’m not denying that we didn’t have a random book exchange in the park some weeks after that encounter, but relationship Rach was off limits! One year later, I broke up with said boyfriend, Kyle*, and Andrew *cue the IG DM* found the opportunity to take me out (uh, finally?!). Drinks and dinners, walks in the park, a chill-sesh at the bookstore, and finally a kiss (or a few) – Andrew and I could be well-classified as “people dating each other” at this point… this point exactly one month after my devastating breakup. Was I masking my heartbreak by seeing other men? You bet. Not sure why I let it go on so long, but I guess a girl learns. Andrew loved to talk about his job at a bank and loved putting my “not a real job” at the mag down. He enjoyed calling me “little girl” and texting me endless questions asked solely to raise his self-esteem. It wasn’t until today, the day I write this, actually, that I officially told Andrew I’m done. Yes, Andrew, you texting/calling me at 1am to come over, fully knowing how sick I felt at the time, was not the right move. TBH, I do make him sound pretty horrible and I hope to goodness he will NEVER read this, however, I must mention that what kept me around was his semi-sweet, vulnerable personality that I was able to dig up from underneath – the type that would go on ice cream dates with me and smile (finally) at my jokes even if they were terrible. Do I regret this encounter? Heck no. I feel like I got him out of my system after being curious for so long. Makes me sound a little like an ef-girl, doesn’t it? What I can thank Andrew for is that he gave me the strength/uncaring ability to speak up and tell him exactly how he made me feel. BAM – a lesson learned, and another experience gained.

I may have broken up with him – but it was the hardest decision of my life thus far. Since I’m so bad at putting it into cohesive thoughts and words, there wasn’t much understanding in why this was happening. He was so broken and confused… and still is. I loved him, heck I LOVE him. My first boyfriend, my first love. We’d been together three years; our relationship wasn’t perfect – but all I know is that we were happy. While we broke up due to circumstances that we just didn’t gel on in life, I do believe it was for the best. My heart fought to stay, but my head told me it was time to let go – for a while at least. Since then, 79 days to be exact, many “miss you” texts and 1am ~thinking about you~ phone calls may have been made, but I’ve ultimately found the clarity of mind I’ve desperately been seeking. Being young and this serious in a relationship, I never really had the opportunity to figure out who I was as an independent in my 20s. Don’t get me wrong, high school and college sweethearts get married all the time, and they know they’re ready. This was my first real relationship, however, and he was the only familiarity I had. Now I sit here writing this post and really relish in the fact that this breakup was the right decision. I’ve discovered so many things about myself and know there are still so many things to uncover.

Mr. Charlie – your most recent New York City implant from good ol’ Los Angeles. New to the city, Charlie and I locked eyes at a bar (a full two days after he moved to the City), and the rest was history. Kidding. Two dates later and I’m pretty sure we mutually ghosted each other. Nothing went wrong during those two dates – in fact, we got on pretty well. The Laws of Attraction brought us together and gave us some pretty good makeout sessions, but our Charlie-boy just got to the City and still has a lot to explore and has a whole life in NYC to figure out. Maybe we’ll run into each other in the future, maybe we won’t. All I can say is I wish him the best and hope he explores his new digs before getting himself locked down in a ~relationship~.

The F-Boy (who makes you think he’s changed)

Oof, this one will be a little tough to write about. Where to start? Brad* and I met through our mutual best friends about a year ago. From the start, we both kind of sensed our attraction to each other, but again, relationship Rach couldn’t do anything. Months of Insta DMs later, Brad and I innocently hung out with our friends (group setting, innocent I repeat!). I can tell you that these hangouts with Brad played a big part in my decision to end things with the ex. Going back to me being young and wanting to experience other things, this desire for me to see what kissing Brad would be like was what told me it was time to be single Rach. There was also the reassurance that if I’m going through a horrible breakup, Brad would be there as my distraction. Before I broke it off with the ex, Brad and I were drunkenly walking between bars together (our friends ahead); he had admitted that I was the only girl he’s waited this long to ever kiss. He also admitted to our mutual friend that I was the “first girl he really liked in a long time”. Ugh, Brad. I knew you were a player, but I didn’t expect that after hearing these words, that you would play me? Not even a week after my breakup, our mutual friends, Brad, and I roadtripped to a ski trip in Vermont (highly recommended btw) for the weekend. After a great weekend of snuggling, hand-holding, car-singing, and putting each other’s athletic abilities to the test, Brad and I seemed like a couple already (a little quick, I know). I even invited him as one of the exclusive boys to my birthday gathering of six people a week later! I’d say that’s where everything went to crap. Naïve and newly single Rach had started to catch feelings and Brad was not as here for it as he seemed. You see, he’d just started a new job at a bank and was ~extremely stressed~ — I understood, but also craved the attention obviously. Brad’s long gone now, but I’m happy to report that he’s started to like my Instagram posts again!! That’s a start… I guess?

Finally, we’re at the guy that has taken me a while [to want] to write about. Not sure where we’re at right now, but I know it’s going well – moving along with no pressures nor commitments. There’s a lot I could touch upon about Nate*, like how he is 100% the male version of me, but I’d rather keep that part to myself until we see where it goes. Plus, if he ends up reading this article (which he knows I’m writing BTW), I would rather not flatter him too much 😉 Let’s just say, Ladies, we all need that sweet guy in our lives who actually listens to you when you talk about your day, who has similar interests to you, and who can relate to at least half the things you’re bringing to the table. We’ll see how this one goes – more to come!

Fridays Fab 5: No.4 – Festive Activities To Do in NYC This Winter 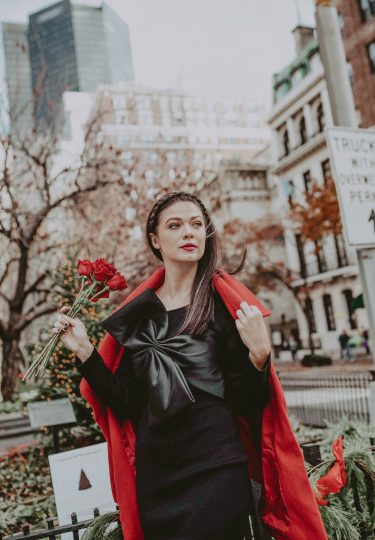 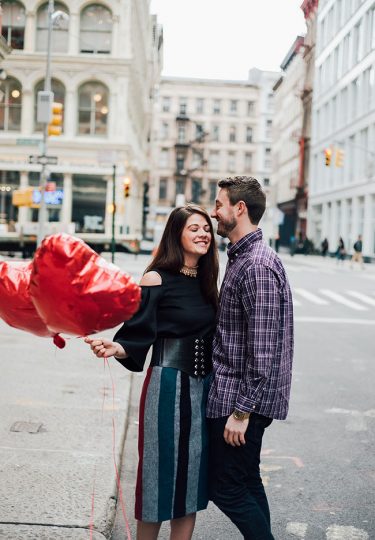 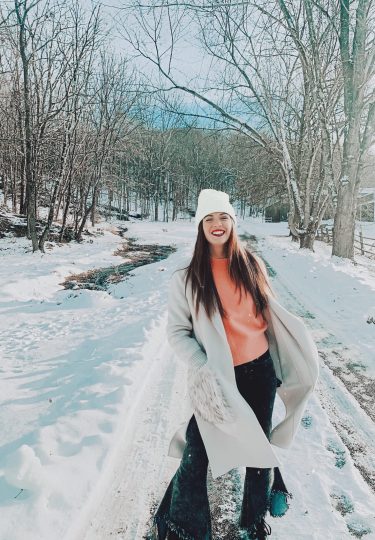