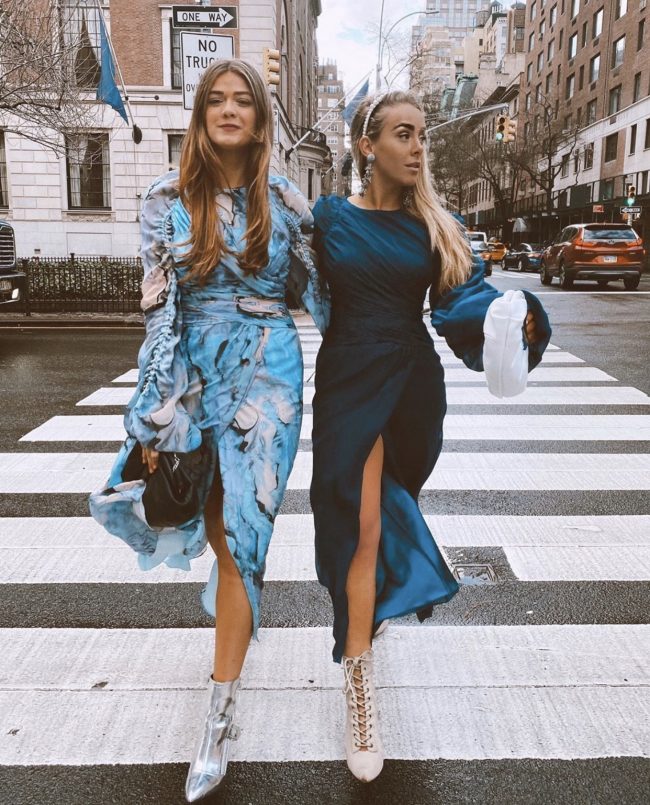 Another Season…Another Fashion Week. Overall, this is truly one of our favorite weeks of the season and we always love coming together and getting to show you all the inside of the week. We are so grateful to the designers and brands that have believed in us from the beginning and have made us feel included. Season after season, it’s been interesting to see (or not) how the cultural landscape of the time impacts the shows and the designers collections. This season, there were 3 large themes that we want to focus on. 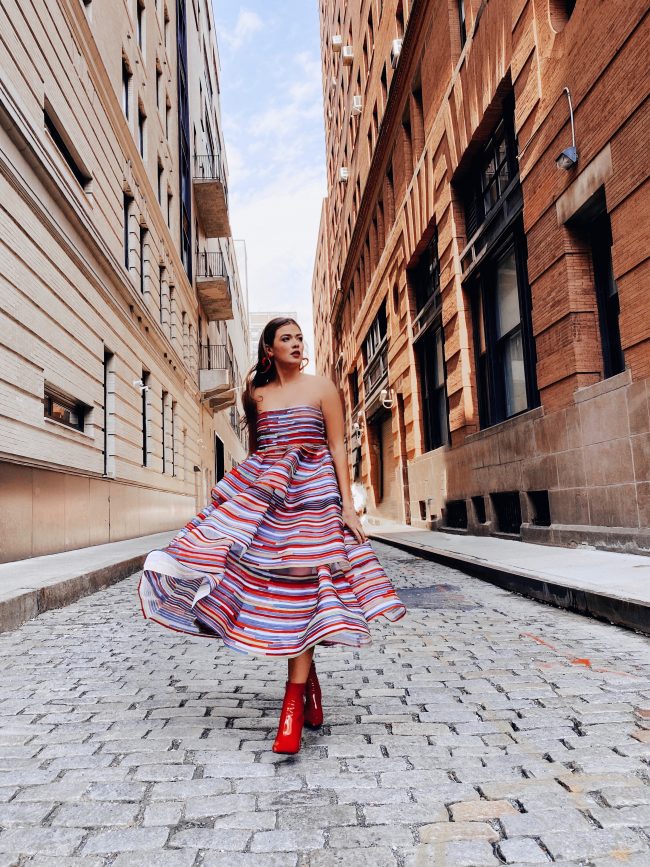 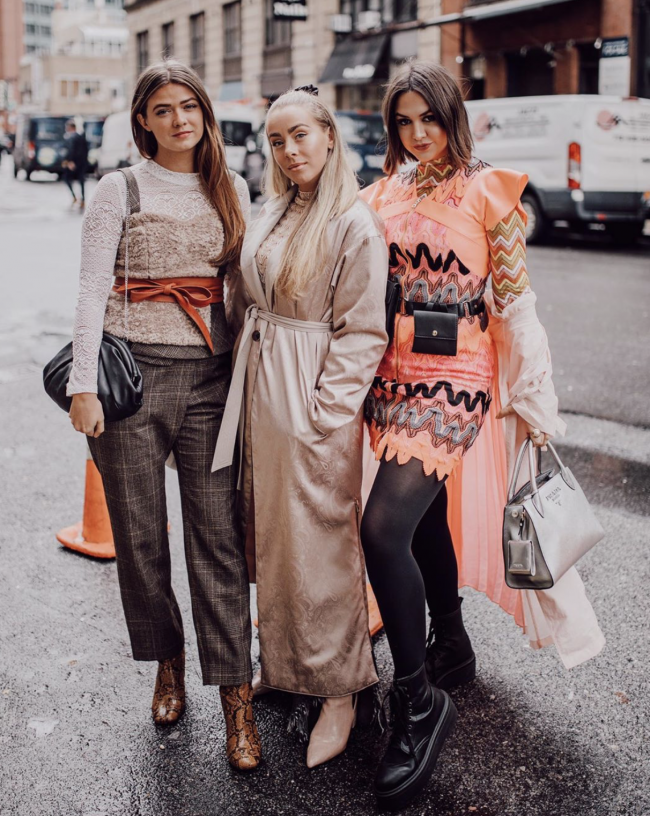 The biggest trend this year at Fashion Week? Sustainability. Designers highlighted if their collection used recycled materials or if their business practices are eco-friendly in an effort to show their commitment to sustainability. Influencers and celebs alike were incredibly open this season about what was borrowed from a designer/brand to show their followers that they are not purchasing clothes just to change multiple times a day.

The kicker here however, designers emphasized their commitment to “upcycling” or “eco-friendly food choices” on pamphlets left on seats that I have never seen one person read (aside from maybe Eva Chen). The irony here is not lost on me. I think the big question is that aside from brands, what is the pledge that NYFW makes as a whole to produce a more environmentally conscious event. Implementing new practices for ticketing or recycling onsite? Upcycling onsite brand activation build outs? There are many opportunities for NYFW to lead the charge. 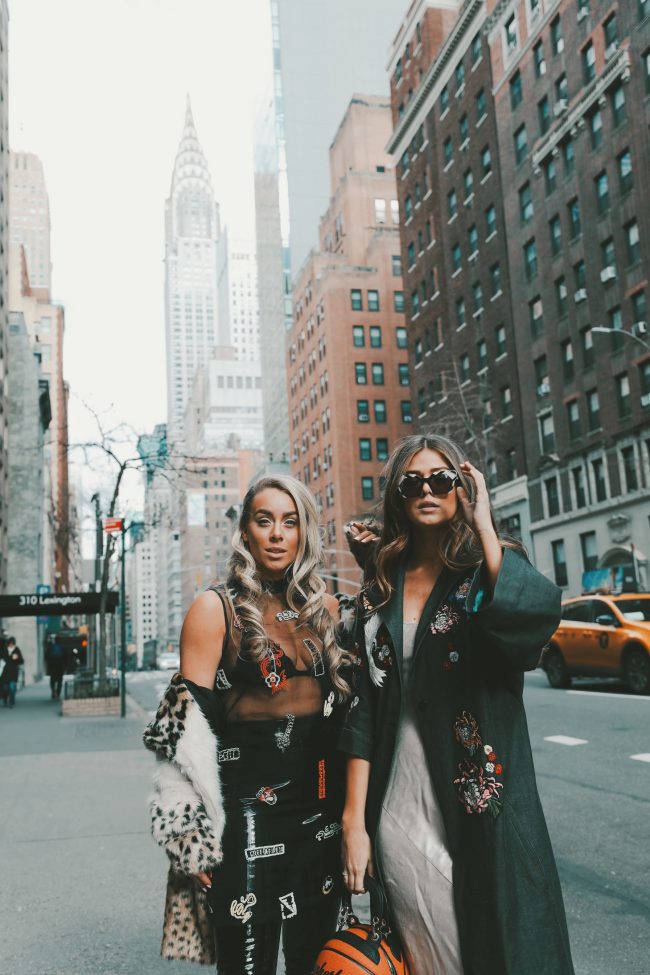 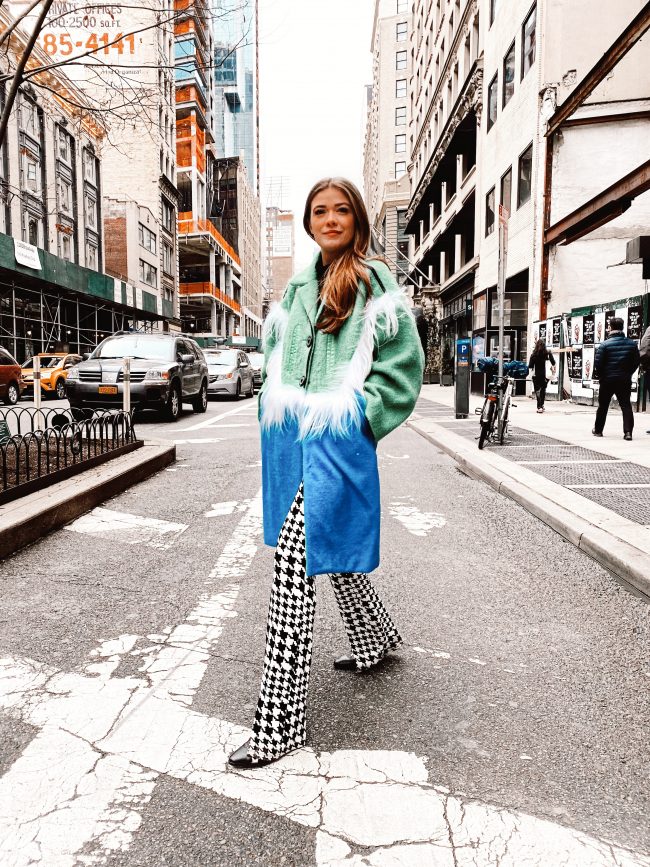 Similar to last season, I was shocked by the lack of diversity. The shows we attended featured “typical model bodies” and inclusivity truly did not feel like a priority to many of the designers this season. Thank goodness for saving grace designers like Christian Siriano, Chromat, The Blonds and Denis Basso who cast models of all shapes, sizes, colors and abilities. In an industry that is increasingly championing diversity – especially in the commercial space – it makes the designer feel out of touch. After all, wouldn’t the designer wish to show a runway that accurately reflects their clientele? 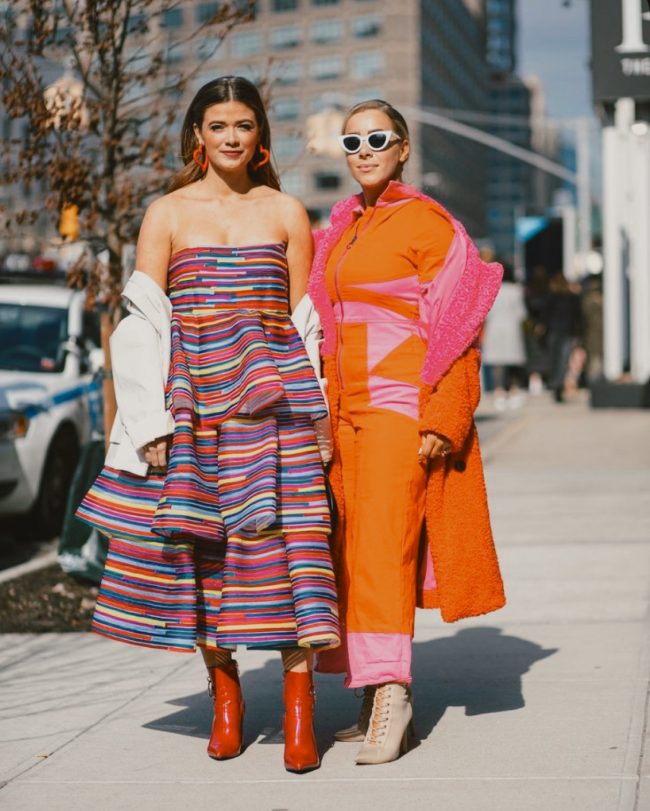 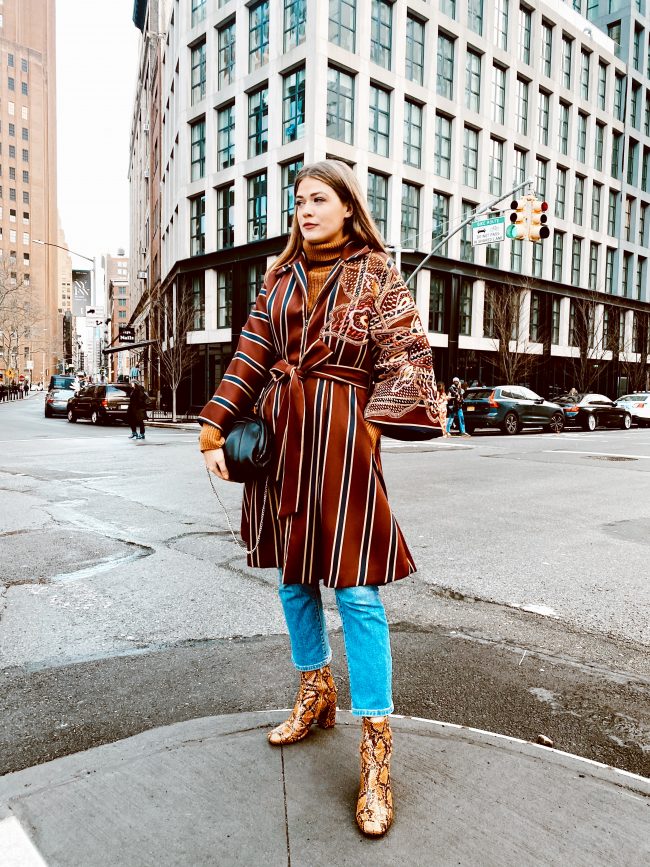 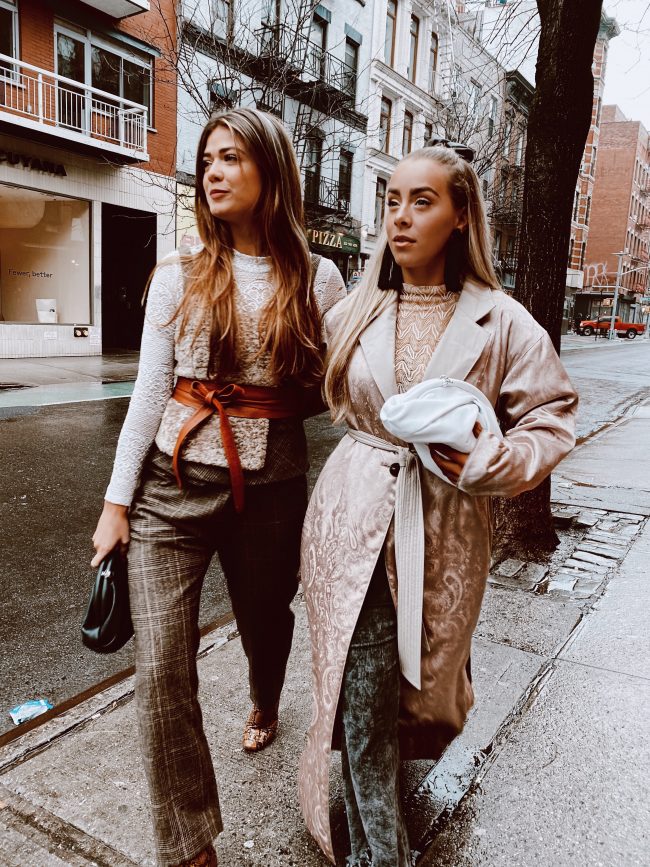 We have a lot of readers who regularly reach out asking how they can get involved in NYFW or attend events. There is huge opportunity for brands and NYFW as whole become more consumer facing. With consumers dying to attend events, why wouldn’t brands utilize this moment to feed off the energy and open up shows and events to consumers who not only want to be apart of the action but want to share on socials? With the majority of the focus to get eyes on the collection and generate social buzz,  NYFW should consider growing their partnership with digital platforms like YouTube and TikTok. While some designers have opted into live-streaming their show on YouTube, there is still such a huge opportunity to bring more content to the platform. Imagine having a YouTube creators studio at Spring Studios where designers could connect with a whole new digital audience, share their vision about their line, or have various creators interview influencers or capture street style content. The options are truly endless and now my marketing mind is ticking.

Aside from some of those larger questions to consider in order for NYFW to maintain its’ relevancy, there are so many shows and designers there who are doing it right. Check out some of our favorite shows of the season! 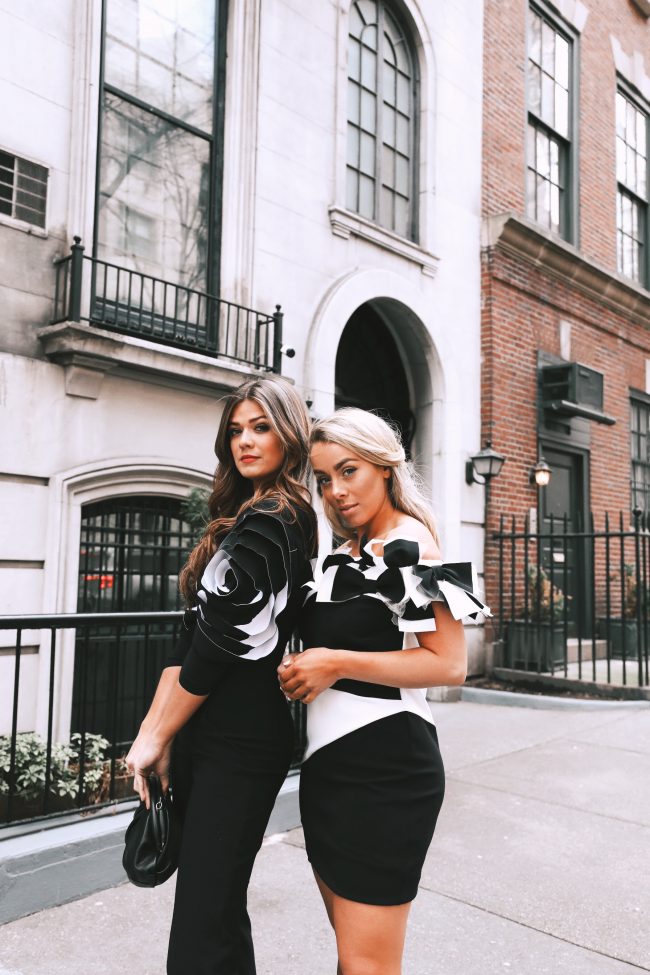 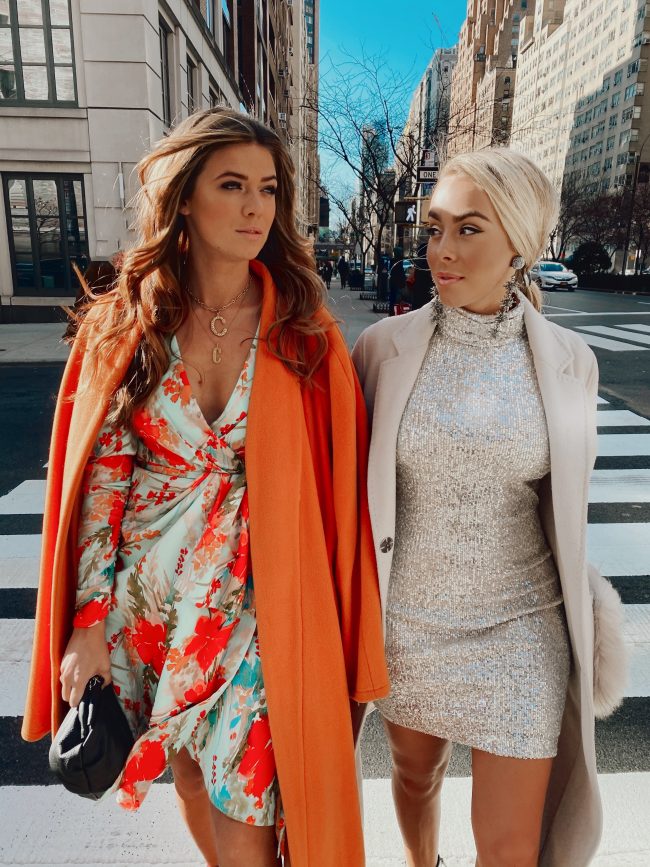 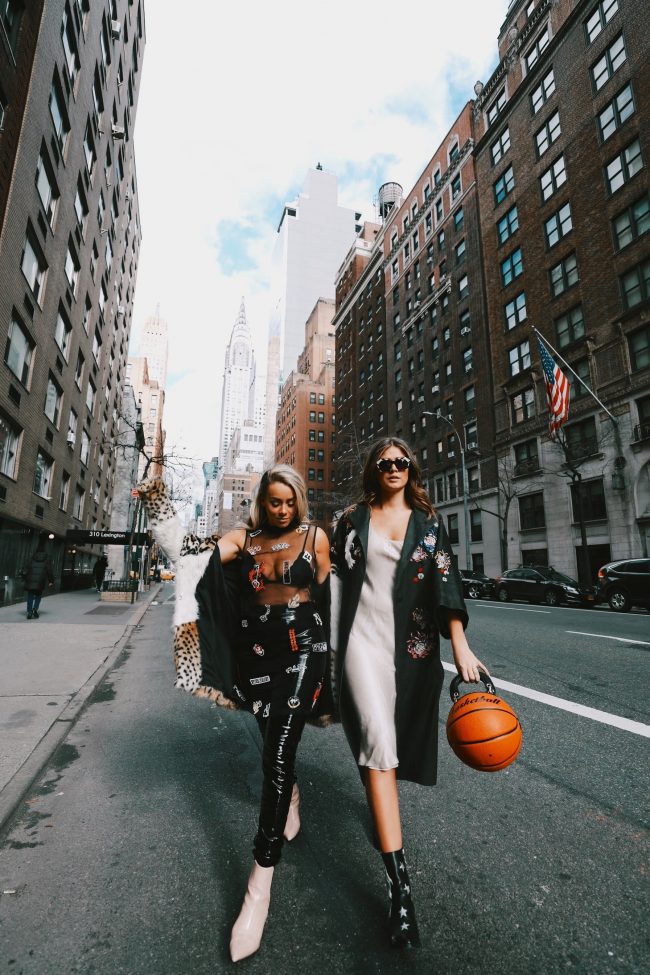 Our Favorite Shows This Season 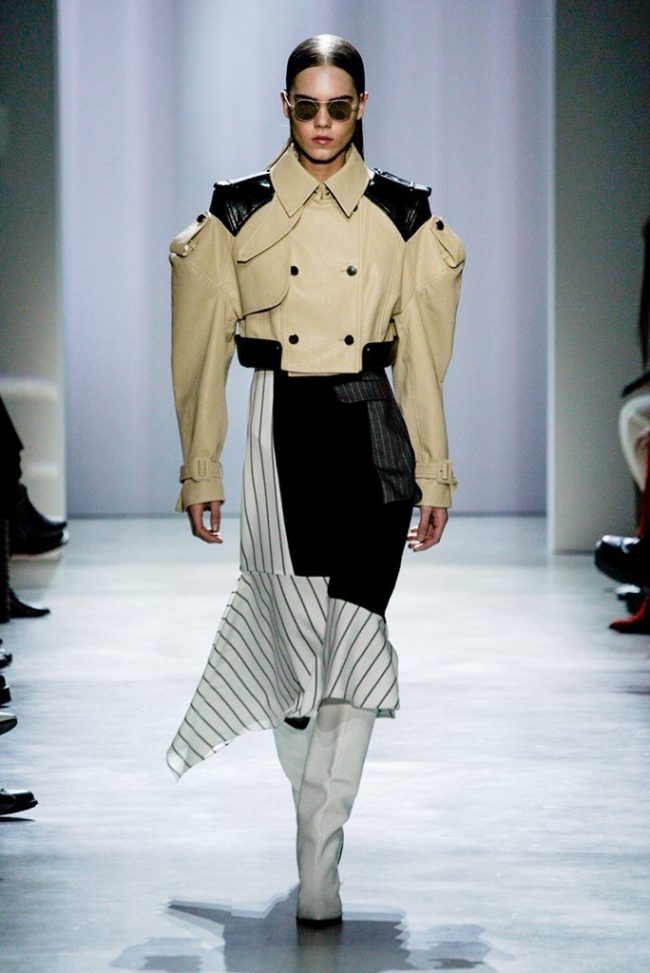 LIE by LEE CHUNG CHUNG: This is our third time attending the Concept Korea runway show which is a collaboration of three Korean designers that all show separately but share the same stage. The three designers that show are LIE, Leyii & IISE. However we must say that through the three collections, LIE is always a major standout and his collection this season was just on point. Not only was it modern, dynamic and unique but the collection was entirely environmentally friendly with the use of recycled materials.

“His ensembles are bold as full looks, but rather dynamic when dissecting into respective pieces.” – V MAGAZINE 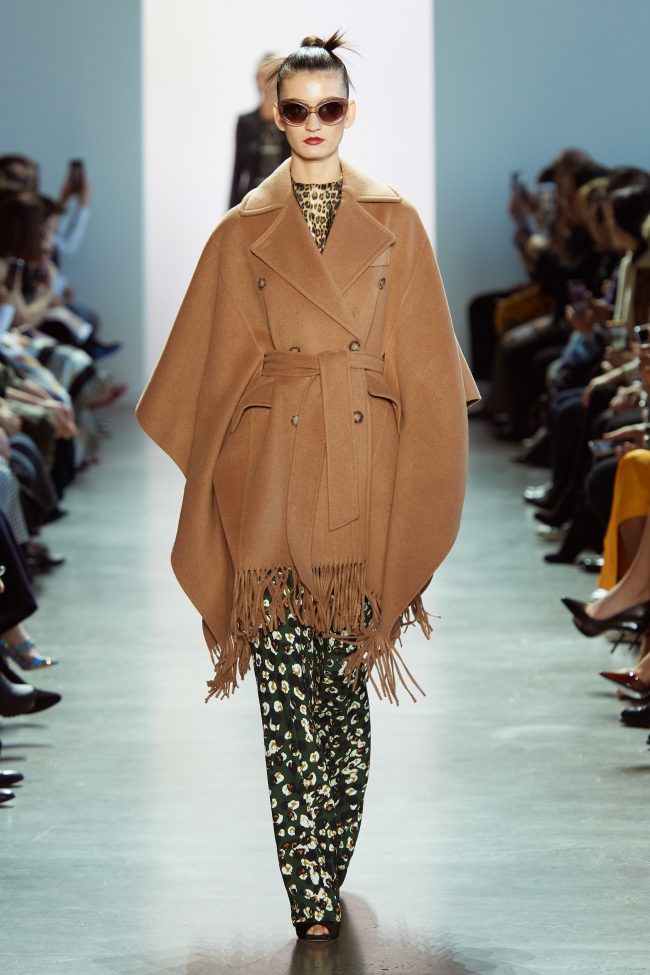 BADGLEY MISCHKA: This was our first time attending the Badgley Mischka show and we were so happy we got this invite! One because it’s the show that landed us on Jimmy Kimmel Live (lol). But also because of how beautiful the collection was. It was overall inspired by two very different cultural moments – Downtown Abbey & The Era of the Beatles! As different as they my seem, they presented together beautifully and seamlessly.

“The standout pieces were the least formal, in particular a camel-hued, butter-soft jacket-poncho belted at the waist. With fringe that kicked up with every step the model took, it had the power to elevate any daytime outfit.” – Vogue Magazine 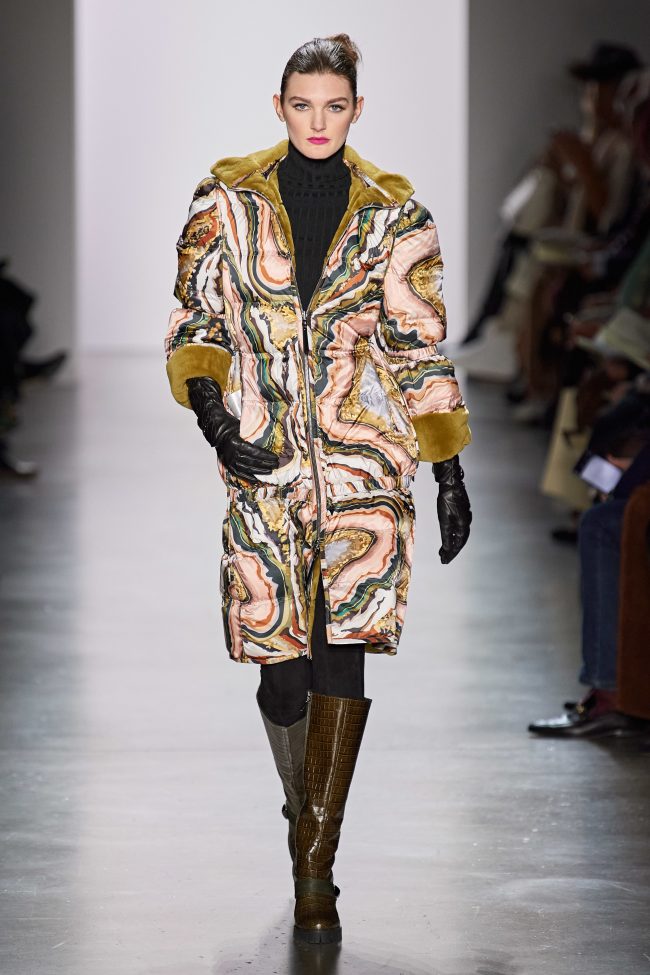 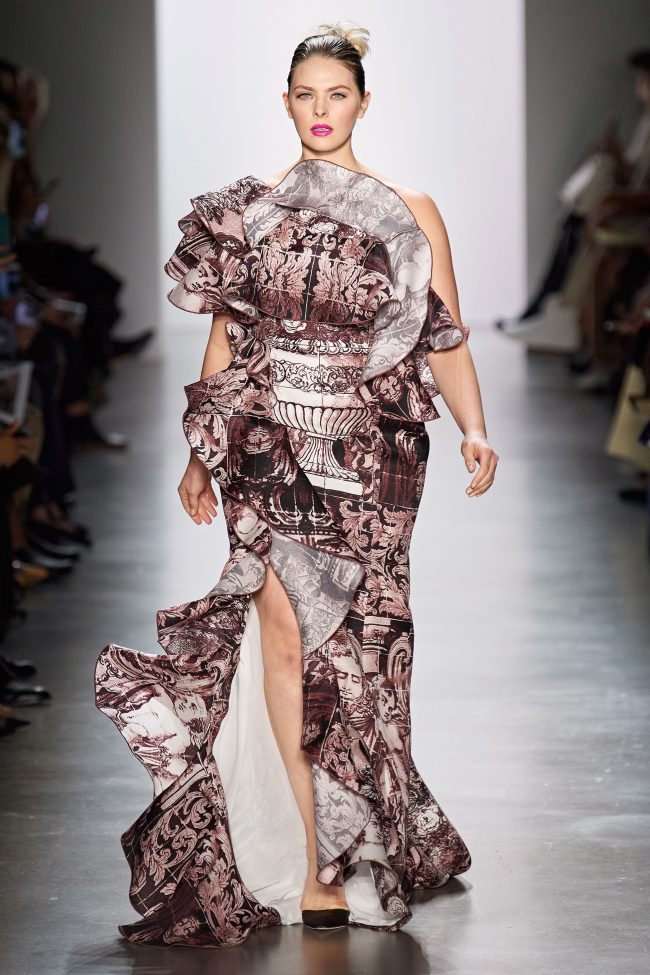 DENNIS BASSO: This was another show first for us and apparently a very hard ticket for *influencers* to get according to Vogue.com – “This is one show on the New York Fashion Week schedule where influencers haven’t usurped the front-row seats of the social set (or reality TV stars). Basso is old-school in the sense that he comes from the tradition of building and maintaining relationships with customers.” However I am very understanding of that notation as Basso has been in the fashion industry for 37 years and what difference would it make to his business if we were there or not. But I must say we were very excited to get the invite nonetheless!

This was one of the longest runway’s we have ever been to with a collection of 61 looks total. It was a combination of menswear and womenswear and was one of the only shows we saw, with any sort of model inclusion. In our opinion, any new shape, color, gender gives excitement to a show and can keep the eye engaged, so kudos to Basso on that! We were also extremely impressed by the outwear, coats and jackets he showed. They were all intricately made with incredible details! One of our overall favorites. 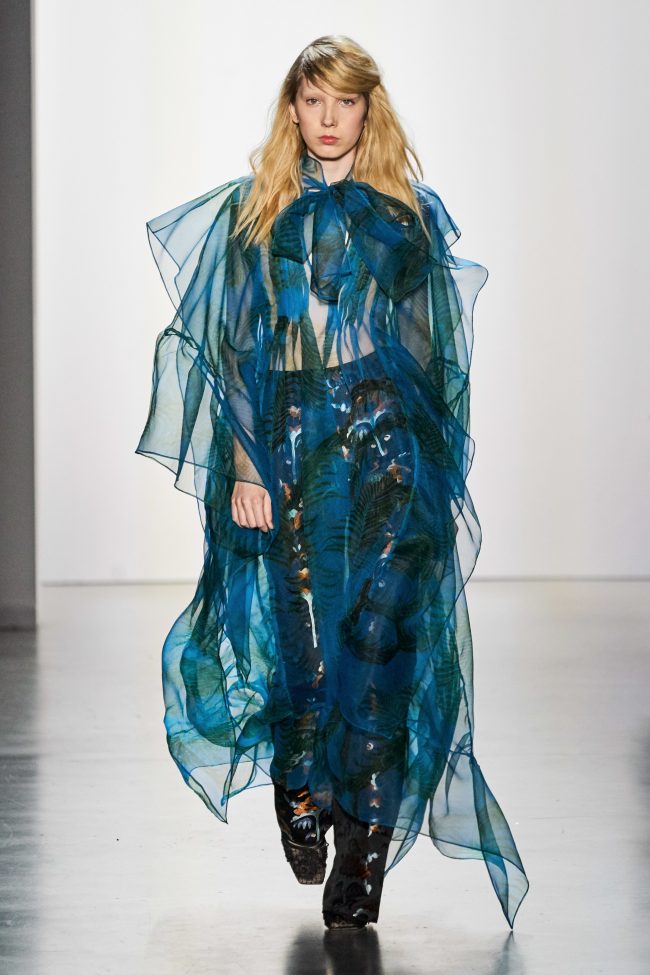 CYNTHIA ROWLEY: Seriously… what a show. Cynthia Rowley truly does bring life into Spring Studios which is very hard thing to do. Her clothes were playful, bright, fun and energetic. The models you could tell were having fun and were extremely joyous! My favorite part of the collection was that she placed models in black coats throughout the audience and then had them get up, throw off their coats and walk the runway! This not only got us as an audience more involved but created laughter!! I mean laughter at a fashion show… that is almost un heard of.

“Cynthia Rowley knows how to have a good time. The energy was high at her Fall 2020 show at the sterile Spring Studios, thanks to her easy, bright clothes. There were dresses in prints of florals and bunnies, and sweatshirts with multiple zippers (which Rowley called “random” and “unexpected”). The first look was some sort of dress concoction of tulle, reminiscent of billowing smoke, over a pair of floral pants. The third look was a short, kicky dress printed with groovy florals, which felt fresh. There was also a sassy full black snowsuit covered in white Playboy-looking bunnies.” – Vogue Magazine 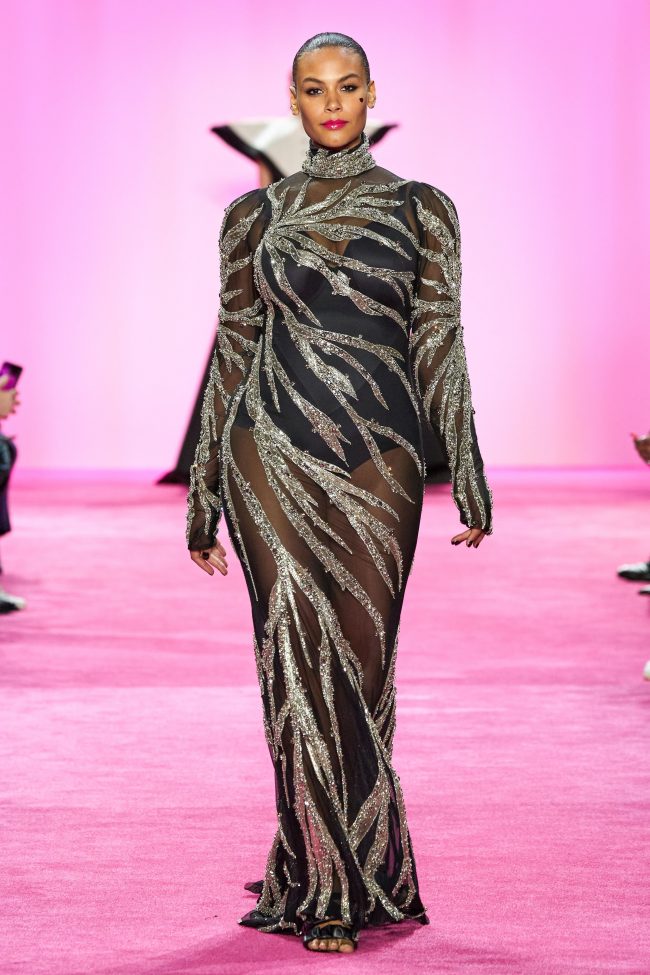 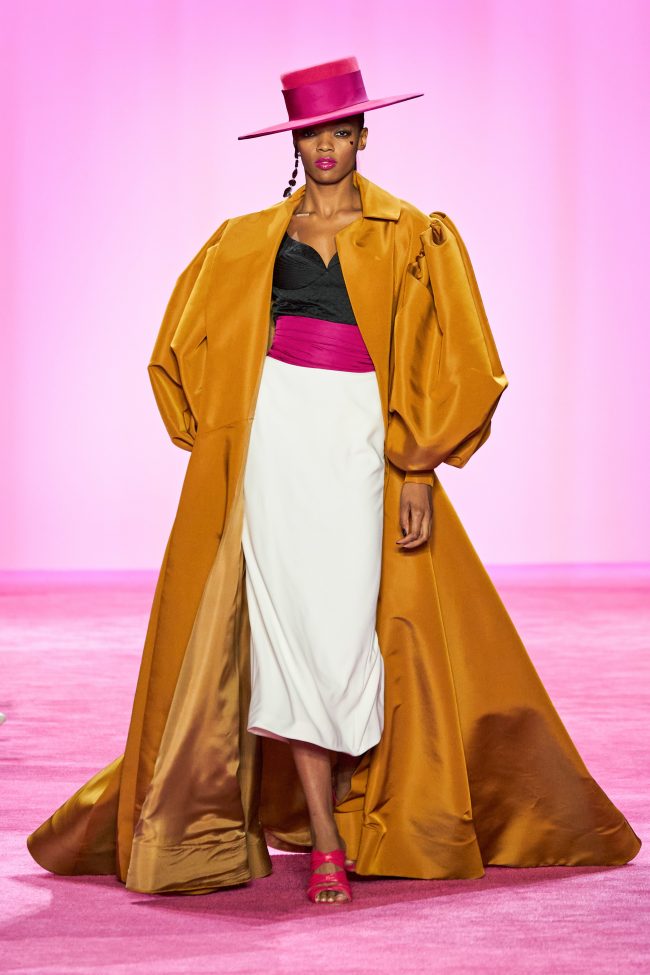 CHRISTIAN SIRIANO: We were not invited to this show but it was definitely one that I wanted to include in our roundup! The reason being is that it was the talk of NYFW. From Leslie Jones, front row cheering on models, to the epic-ness of Coco Rocha in his finale look, it was the talk of Spring Studios and for good reason! The energy was high and the front row was intrigued. The show was also sponsored by the Margot Robbie movie Birds of Prey and the theme was definitely tied to that entirely.

“Siriano was designing with size inclusivity before it was a buzzword, and his shows are the best-case scenario, where you don’t even notice the diversity of shapes and sizes on his runway; the models just look confident and glamorous.” – Vogue Magazine

My Experience with Agency Skincare 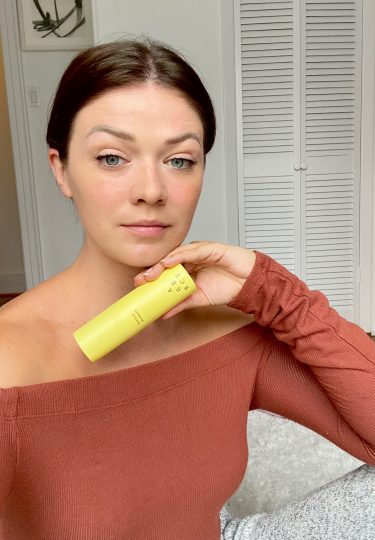