I used to hate running, yet I always ran.

You could find me on the track – every day, after school, before practice – running. How could I dislike something so much, yet at the same time look forward to doing it every single day?

As I continue to grow older, I often find times where I begin to lose myself. I get so caught up in the woes of life and of the City that I notice my balance starting to fade. Once I put my headphones on and tune the world out for those 30 mins – 2 hours, my body sweats, my legs beat, and my mind clears. The runner’s high I experience keeps me coming back for more – and although this activity has never been something I thought I would enjoy, it became something that provided me with an unwavering, soul-felt joy. This endeavor I used to absolutely abhor was exactly what I had needed in my life – as a constant.

During the good times and especially the bad times, running has been what carefully puts me back together. Whether it’s getting me through a breakup, releasing the stresses of work, or simply me wanting to find some significance in the body’s ability, treading on the pavement to the likes of Lauv, Flume, or Mumford & Sons (depending upon which mood I’m in) has given me a grand sense of appreciation for what I can achieve both mentally and physically in such a short duration of time.

When I decided to run a half-marathon in March of 2018 – three weeks before the April event – I knew I was capable of getting to that 13-mile mark, despite only ever running 6 miles at most. Texting my old friend and personal trainer, he recommended I get my diet on track, my carb and water intake up, and that I run 3-4 times per week with an eventual goal of getting to the 10-11 mile mark. As the 2018 Shape Women’s Half-Marathon came and went, I promised myself that I’d never run so many miles at once again after that day.

Fast-forward to April 2019: exactly a year since I’d felt that serious sense of physical and mental accomplishment. Let’s do something bigger this time I convinced myself. From the first time I glanced at the TCS NYC Marathon website, I knew at that moment that it would be the “something bigger”.

Gaining entrance to the TCS New York Marathon in late-August, I was proud to be running on behalf of the most amazing charity sponsor, the National Alliance on Mental Illness of NYC (NAMI-NYC). For the next 68 days, my life would become centered around two things: (1) raising $3,500 for NAMI-NYC, and (2) training my body to push its breaking point to 26.2 miles.

Together with my friends, family, company and softball community, I managed to reach goal #1 and raise an incredible $4,263 in just 68 days for NAMI-NYC. Reaching #2 was where hardship mainly lived.

With only 8 weeks to train, I started by speaking to the trainer from my work gym to verify if my plan was even feasible; reassuring me that it was, he stressed the importance of eating clean (think lots of carbs, consistent meals, and a limited amount of sugar), up-ing water intake and reducing my alcohol intake, sleeping well, and running lots. Reminding me that I had to be committed and really want this in order to achieve it, I decided to dedicate my full heart to the run and to the cause I was running for.

I went through more mental tests and physical struggles over those 2 months than I ever could have imagined. Before I knew I was running the marathon, I would run ~10-15 mi/week – now I was running ~30 mi/week. Mind over matter. While mentally I knew I could complete the 26.2 miles, physically, my knees became a big barrier to my success. Known as IT Band Syndrome (the probable diagnosis), my Iliotibial Bursa (connected to the IT Band) was constantly rubbing against my Patella, causing a tremendous amount of pain felt while running. Through each of the first five weeks, I would go on one or two 3 mi runs, one 6-8 mi, and one long run. As week six hit, my body was hurting — and not because of strain and tiredness, but because of my ITBS-prone knees. Week six, seven, and eight were filled with beautiful frustration. I call it beautiful and almost even cry thinking about it because I was SO determined that I kept going no matter how much it hurt. So many tears and phone calls to my best friend guided my frustration. Only being able to reach the 15 mi point before having to stop training completely, I had to ask + answer the question to myself and many others if this would still be possible. While my physical therapist gave me an exercise regime and worked on me 2x/week, my orthopedist also questioned my will to go on thinking it might not be such a good idea — especially without knowing for sure if I had a tear, stress fracture, or ITBS. 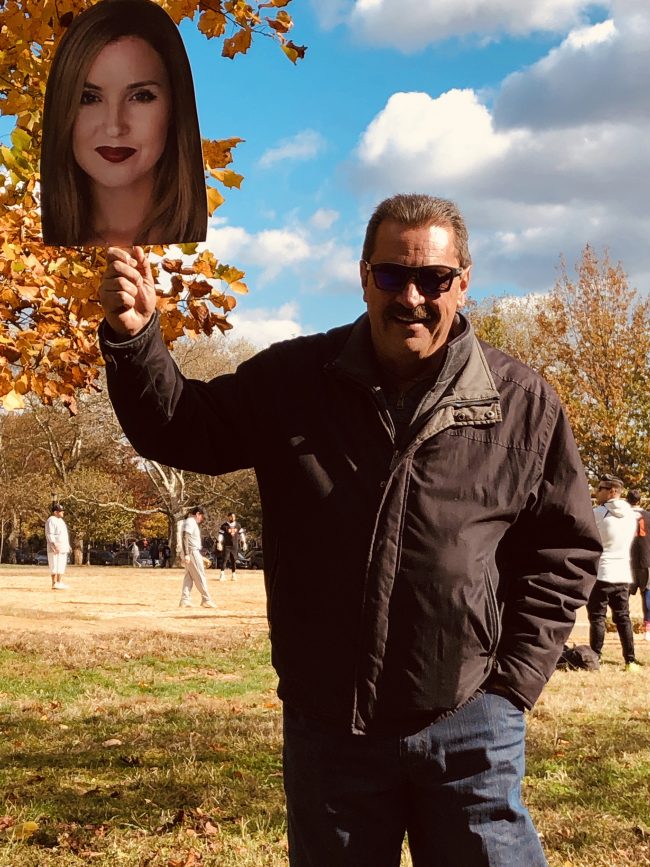 A week before the marathon, I received two cortisone shots — the first 9 days before the race, and the other 2 days prior to the event. While I was unsure how everything would go, my will to succeed was the strongest it had ever been.

Although I hadn’t exactly stuck to my non-drinking rule and definitely snuck a few unnecessary (but actually necessary) slices of pizza into my diet from time to time, I was as serious as ever about this run. My time to succeed was now — if I were to ever do it, this was my time.

The 24 hours before were a bit of a blur — I spent the night carb-loading good pasta (not too much!) with my family/boyfriend, laying to rest at 10:30. Though I could barely sleep (so many nerves and excitement), I was up by 5 am and ready to get at it.

The amount of pure joy that ran through my veins during that 6 hour wait time before the race was immeasurable to anything else felt in my life. Then there was the start line — the point where it did become immeasurable. Runner’s from all over the world — proud, nervous, excited, indomitable — were here with one goal. 53,000 of us were here to cross that finish line no matter how much it took.

As the run kicked off, the song “Dance Monkey” blasted on repeat through my AirPods. Those first 2 miles across the Verrazano Bridge was indescribable. (*As I sit here writing this, “Dance Monkey” of course playing, I can visualize exactly where I was, what the cool air 40 degree felt like as I whipped off my first layer, and how I felt in that very moment.) Once I crossed that first bridge, I knew I was unstoppable. I would continue to run the remaining 24.2 miles without stopping or walking once, and I would do it all within 4.5 hours.

Plagued by the pain of my left knee by mile 3.5, I knew the rest of my journey would not come easy. Each time it spasmed or gave out, I noticed that running to the sidelines of spectators, baring “It’s ok, you don’t need your toenails anyway!”, “Go stranger!”, “Only 17 miles left until cold beer and pizza!” signs, and high-fiving them would give me the adrenaline needed to push me through the next mile. 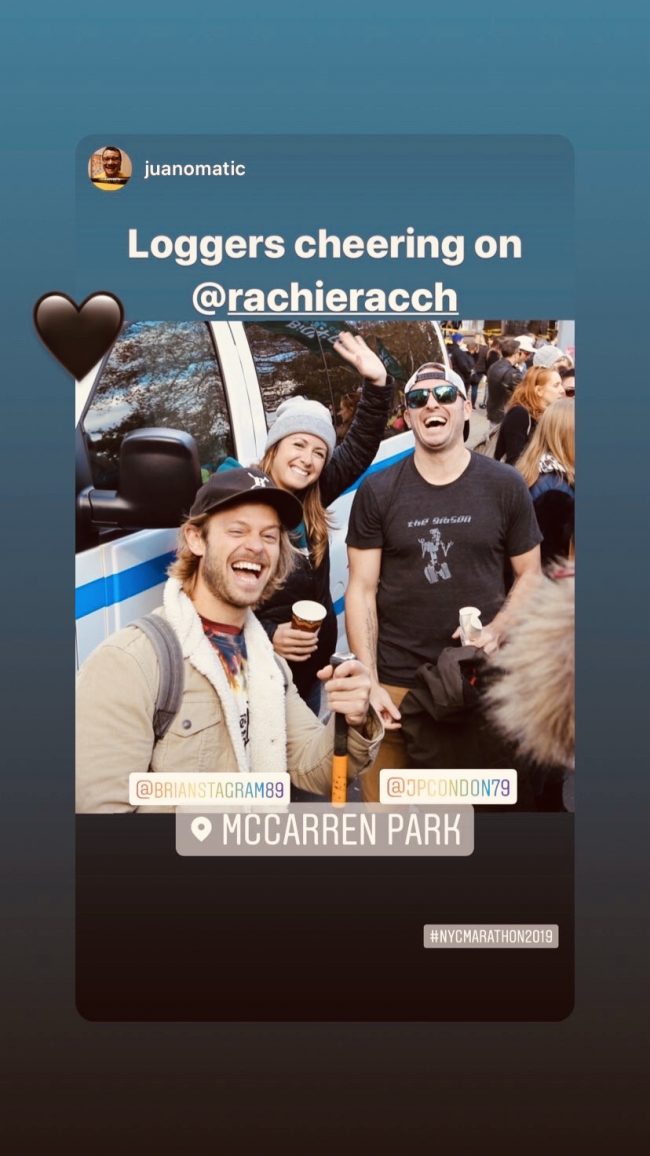 Once I reached Williamsburg (Brooklyn), my heart was ready to see my family and friends. Coming up on mile 12, 30 of my faces — held up by all my people –, greeted me. 20 seconds later, I was wrapped in the arms of my best friend, who put her runner-nursing on hold for 5 precious seconds to give me the most exhilarating hug I was to receive that day.

The hardest, most mind-taxing part of the run came at mile 15, the infamous Queensboro Bridge. It’s like everyone was in slow motion — cramped, stretching, and wincing at the uphill trek ahead.

Come the last 2.2 miles, I knew I had made it. Queue Dance Monkey’s “oh my god I see the way you shine” — this was it. I sped up to the beat of the cheering crowd. Crossing the finish line at 4:26:58, I could’ve cried, I could’ve laughed, I could’ve been anything I had ever dreamt of being at that moment. I had done it, and from this second on, I realized that if I put my mind to anything, I could and would do it.

As I finish this post, I want to tell you how difficult it was for me to write. To put all of my emotions and feelings on running my first marathon into one cohesive story is impossible. What I do know is what I’d like to end with though: if you’re reading this, I urge you to challenge yourself to at least one marathon in your lifetime. As George Sheehan once said, “The music of a marathon is a powerful strain, one of those tunes of glory. It asks us to forsake pleasures, to discipline the body, to find courage, to renew faith and to become one’s own person, utterly and completely,” I can reassure you one thing… it will change you.

FRIDAYS FAB 5 NO. 11: Ways to Relax in NYC This Summer 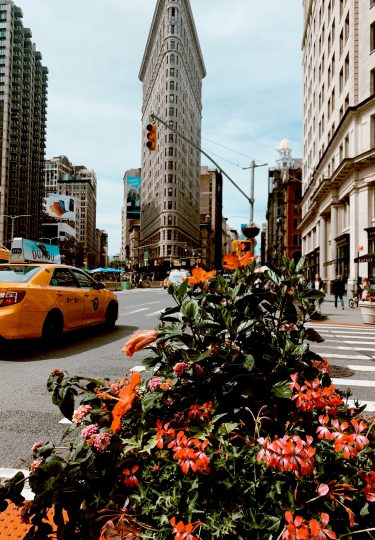 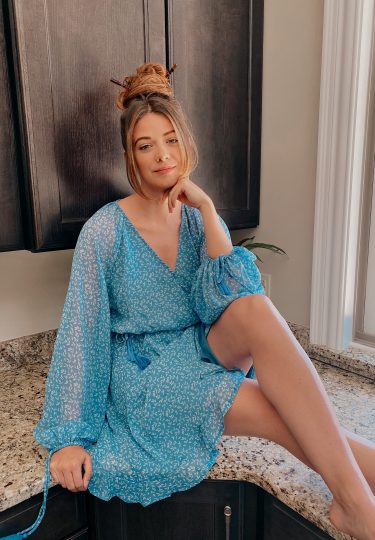 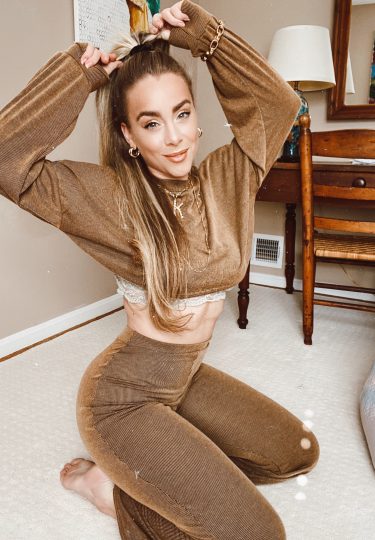