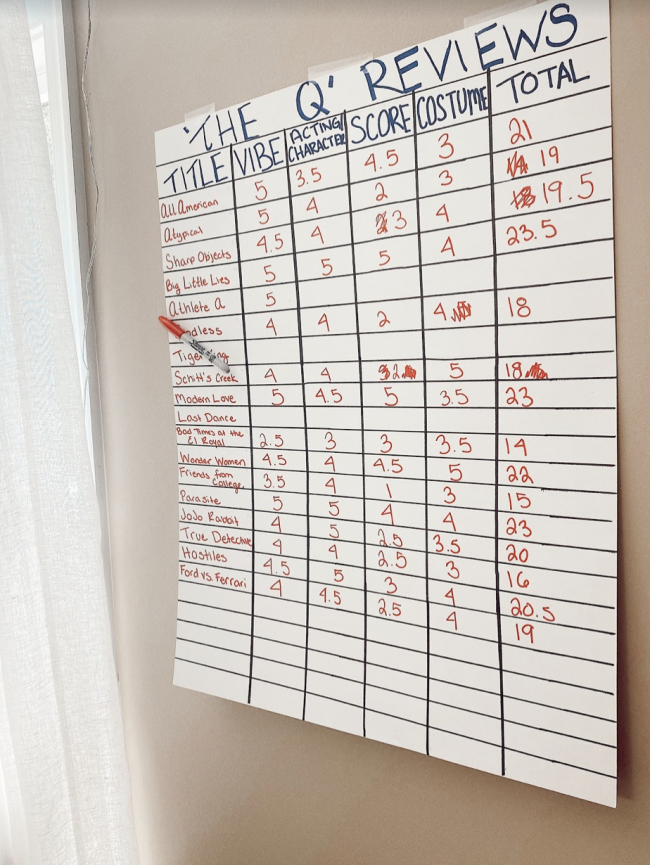 Ok so by now, we have all watched a lot of TV during “The Q” (aka quarantine). I have to say, my mom and I LOVE to watch TV and movies together. We watch something every night from at 8pm-10pm. After we watch, we gab and gab about what we like and don’t like, analyze the characters and the story and basically think of ourselves as The New York Times critics. I saw from our friend @CarlyaHill that she did this fun chart with her roommates which basically scored everything that they had watched in quarantine, needless to say, I had to do this too!

So here’s what I did…I got a giant poster board from CVS and and then made a grid using a ruler and sharpie. I broke the grid into sections where mom and I would then scare the below categories from 1-5. On some we absolutely had to compromise but it was fun going back and rating everything we had watched.

Characters/Actors – Were the actors believable? Did you enjoy watching them on screen? Did you like the complexities of the character?

Did you like the music of the show/movie. We scored this a little broader so it could also include if people actually sang in the movie as well (i.e. Cynthia Erivo singing in Bad Times at the El Royal).

Was the storyline interesting and creative? Did you want to keep watching?

Here are the shows and movies that we have rated so far from top to bottom!

Bad Times at the El Royal

Let me know if you guys do ‘The Q’ Review, I would love to see how you rate what you watch! 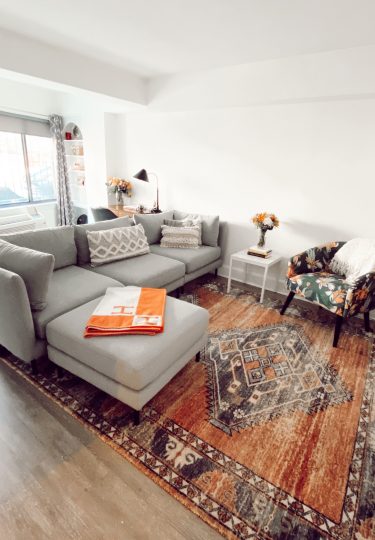 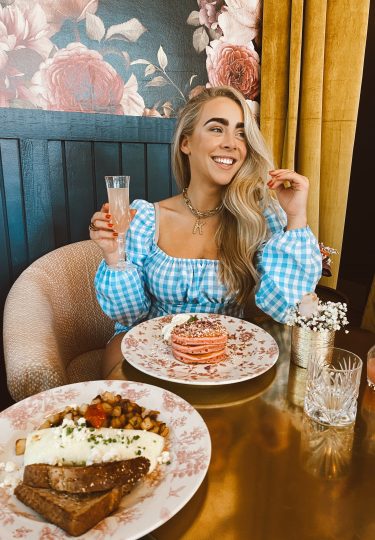