“Every Spring, the women of New York leave the foolish choices in their past behind and look forward to the future. This is known as Fashion Week.”

Bloggers love to b**** about Fashion Week…this, we do not understand. I think it may be people’s way of saying that they are “better” than it and an easy way to cast it aside. But for us, it remains one of our favorite (2) weeks of the year. It’s a time to be stressed about something we love, to run into all of our friends who we started with in the industry 5 years ago and are now the main publicists, photographers, makeup artists, models etc. It’s an amazing feeling all starting together from nothing and watching each other grow.

This year was exceptionally hectic but in the best way possible. This year, we had our most campaigns we have ever had during the week and just felt really confident in where we are.

I (Kelly) took a red eye in on Wednesday night and we had one of our first campaigns (and favorites) of the week starting at 7am on Thursday morning with Artistry to takeover their IG Stories and go ‘Live’ for the backstage experience at the Pamella Roland show. We interviewed the models, Rick (the makeup genius behind Artistry) and even the designer herself (who is also a huge fan of the brand!) It was really cool hearing from Rick about the inspiration behind the looks as “reflecting the structure of the stained glass” using the new Artistry Studio Parisian products. 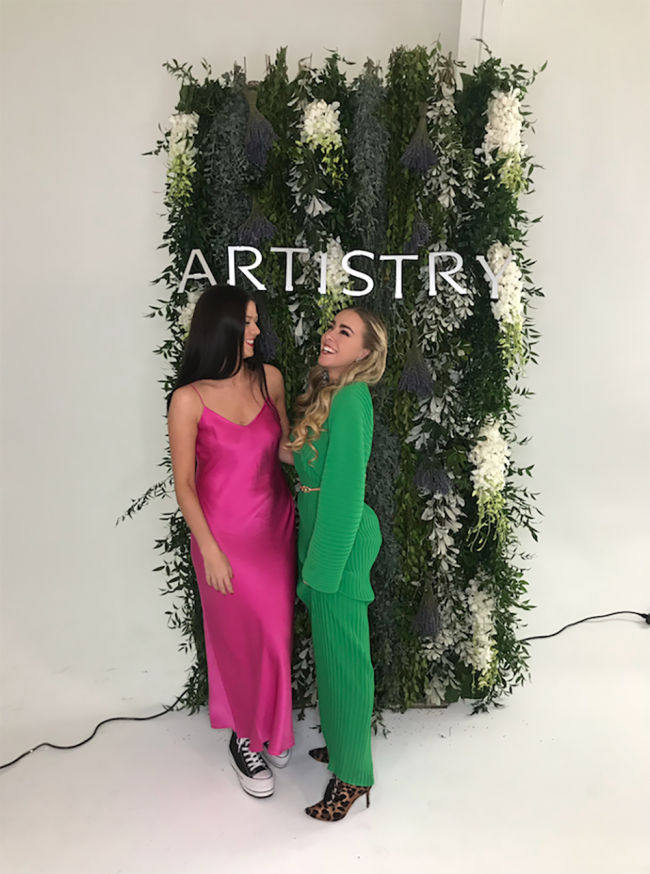 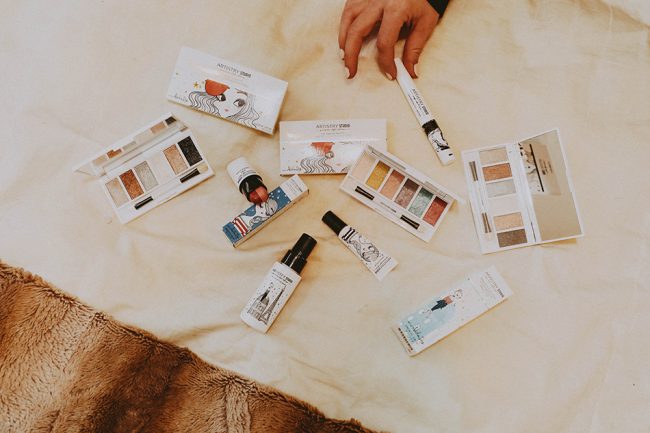 After we wrapped up backstage, we changed into our Nicole Miller looks and headed to Spring Studios for the show. Nicole Miller was a fun show this season because they seat all of the bloggers in one section which means we got to sit with literally all of our blogger friends which was a blast. After the show, we stopped for a quick drink with our friends from Papyrus (who have sponsored fashion week for like a million years) and then headed to Badgley Mischka with their team – I have always wanted to go to that show so we felt really lucky we were invited! We were so exhausted after the show that we skipped our parties and went home to order fettuccine and watch Real Housewives of New Jersey – so worth it. 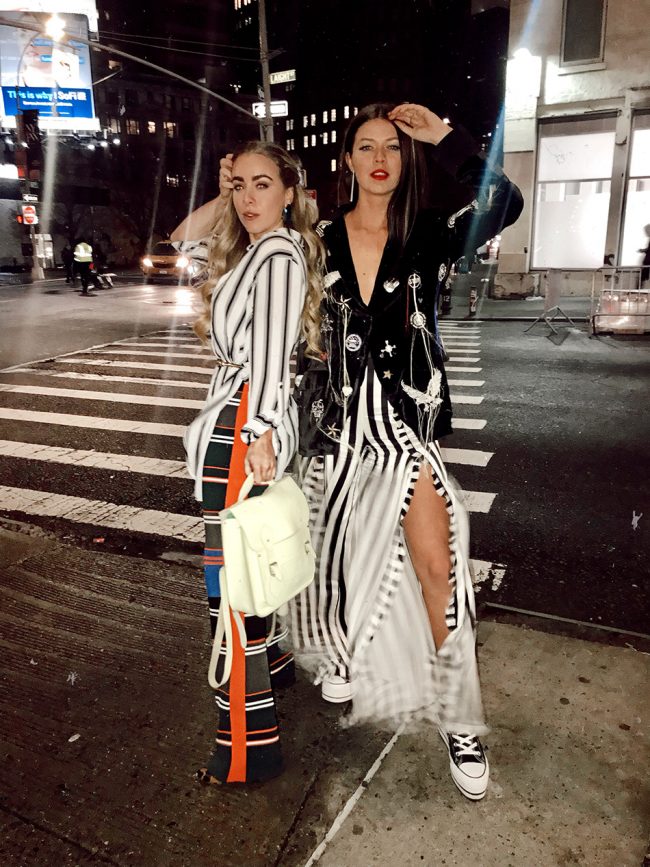 Friday morning we went to Nanushka which was one of my favorite presentations of the season! Courtney saw it last season and it was one of her favorites so we were excited to be invited again to check out all of the amazing mules and calming color palettes. Plus it’s a place that we get to see some of the biggest influencers in the industry – which is always a blast! We carved out the rest of the day to shoot a ton of campaigns with one of our fav photographer/friends Allie Provost. We were SO productive and it felt really good to be shooting together again. My Mom got into town later that evening and we were able to get downtown to see Chiara Boni La Petite Robe. My mom was SOOOO excited to be there and couldn’t stop talking the entire show – literally people were giving her the stink eye as she delivered her ~very throughtgul~ critiques of all of the looks. We dished about her first ever runway show at an absolutely delicious dinner at Boqueria and got a little laugh happy after 3 bottles of wine. 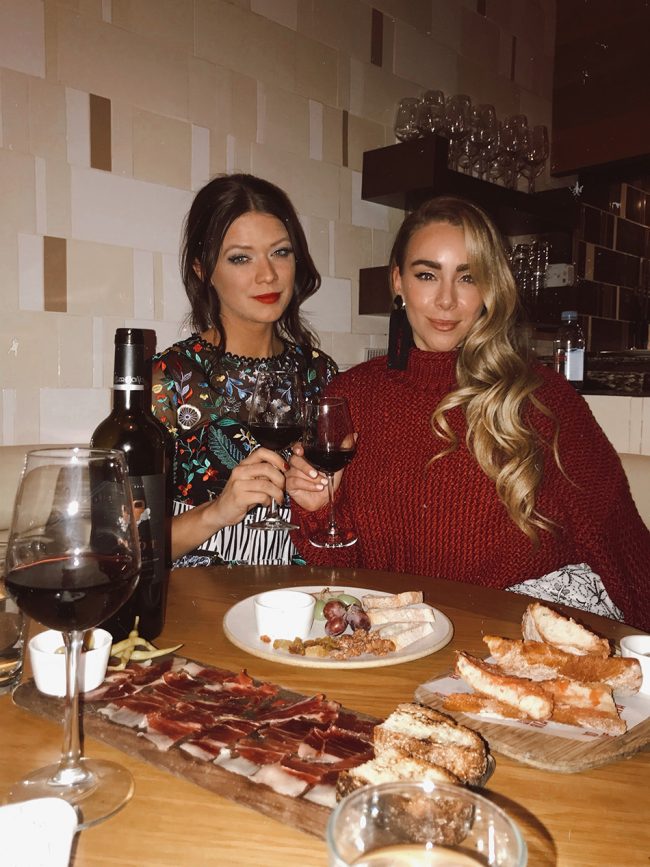 Glamsquad came to the rescue Saturday morning as we attempted to hide our hangover and got ready for another full morning of shooting. We shot some of our favorite Sachin & Babi looks outside of Courtney’s apartment which are some of my favorite photos from the weekend! We then packed up our bags and headed backstage with Maybelline to Christian Siriano (at Top of the Rock which was insane) and Jonathan Simkhai. Both of the makeup looks were really, really cool and we loved seeing how Christian Siriano continued to utilize models of all sizes and backgrounds – I even had a quick brush with Ashley Graham backstage! 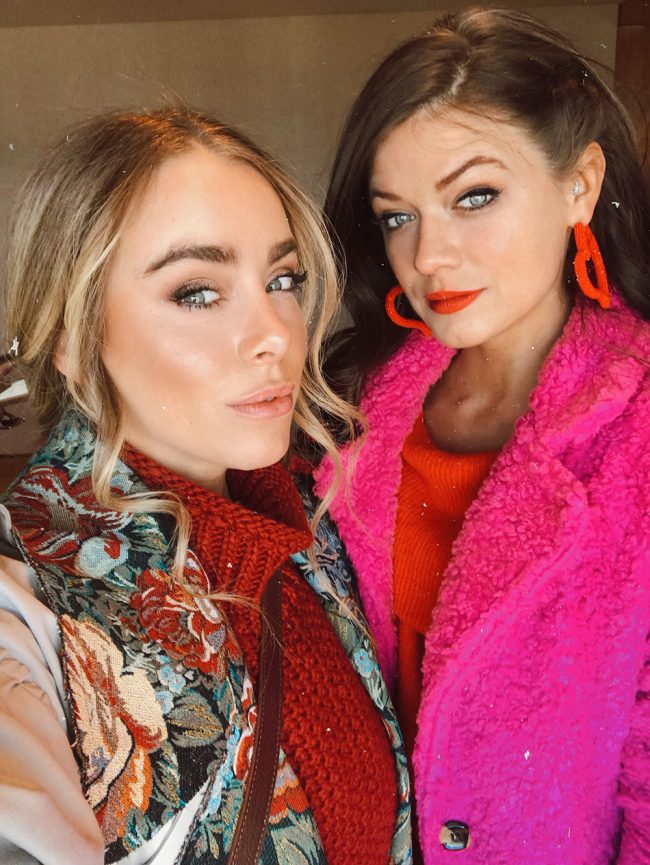 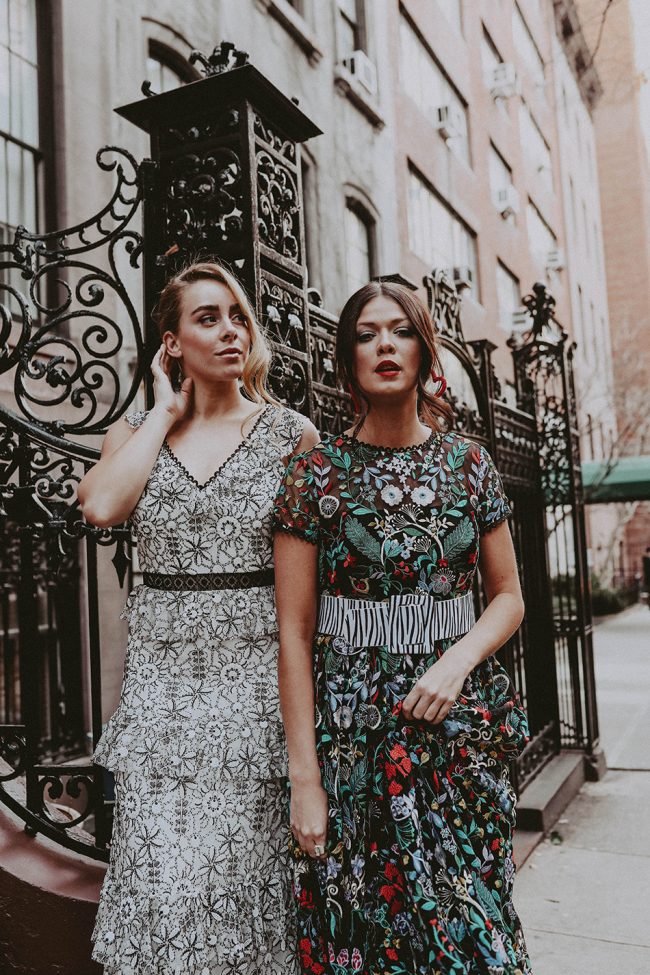 We then headed to Priscavera with my mom – looking back on it, probably not the best show to bring your mother to. There were nipples and see-through dresses jaunting down the runway and my moms eyes grew bigger and bigger as the show went on. Oops. After we had an eyeful, we changed into our LIE Collection looks, and sat front row at the show! Their team is always so nice and the collection was truly breathtaking. 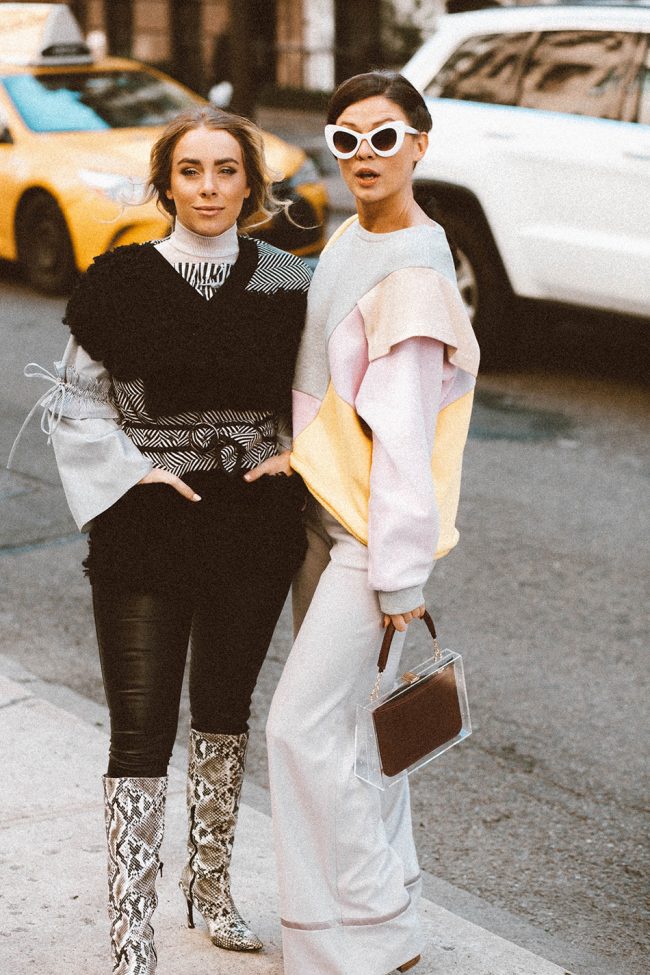 Sunday morning we stopped by Chelsea and Walker and sipped on a cup of coffee as we ogled over the gorgeous (as always) dresses. Courtney had a bit of a panic attack (if you don’t have at least one breakdown, is it really fashion week?) so headed home as I went to the rest of our appointments that day. BUT because we are rock stars, Courtney powered- through and we shot a few more campaigns to round out our trip together. Court had to leave for Europse that evening and I had to go back to normal life and head into work the next day, so we chilled for the rest of the day and became humans again. 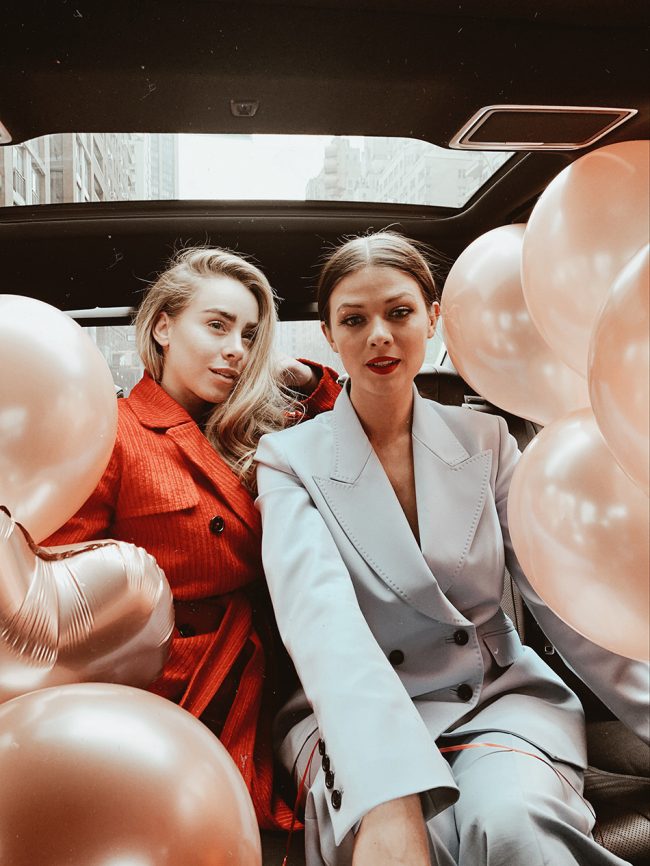 Fashion week always has a way to remind me of why we do what we do. It’s stressful, it’s scary, it’s exhausting – but we are amongst key players who are apart of such a shift in the industry. It’s not just old school editors and buyers at the shows, it’s normal people like us who have a voice in the industry and who more traditional designers are inviting to see their collections because they understand the power of social media. That is so cool to be apart of. It’s really easy to become a diva during fashion week because honestly, you are doing the coolest things ever and are apart of something you never in your wildest dreams you thought you would be doing. But I have that moment every single season where I am sitting in the back of a taxi with Courtney, changing into our next look and we realize how lucky we are to be able to experience this amazing journey with each other.

Feeding the Obsession
Mimosas and Manhattan I Head To Toe Zara 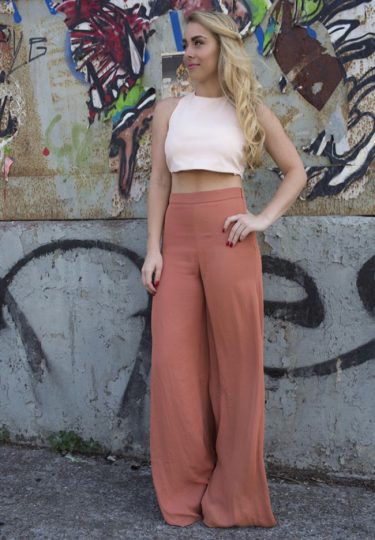 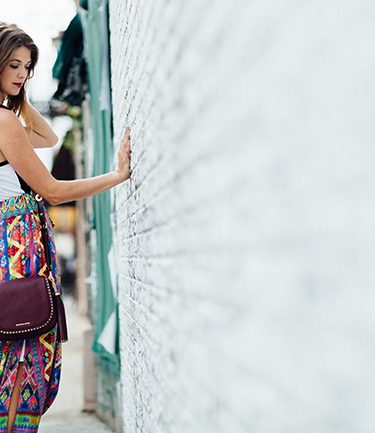